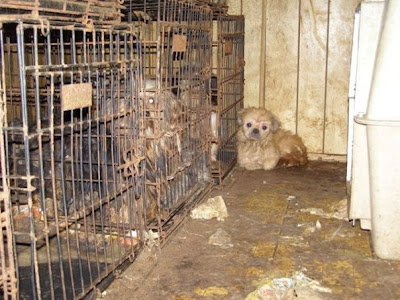 The work of animal communication has become more widely recognized and accepted in recent decades. The successes these practitioners enjoy in diagnosing and resolving problems with various animals has gradually won over the skepticism. Even so, the ability to understand the thoughts and feelings of animals is usually considered a rare and esoteric gift. In reality, the capacity to commune with other creatures in this way is innate within all of us. It is part of our birthright.
For many of us there are two primary factors inhibiting our ability to commune with the animals. The first is the conditioning we receive from a culture that doesn’t believe such a thing is possible. Children will often report on the thoughts and feelings of animals because they have no reason to believe such communications can’t occur. By the time we reach adulthood, many of us have learned to doubt. Secondly, we are inhibited by many of the limiting beliefs we cling to concerning animals in general. All too often we consider them to be simple, unintelligent, and incapable of expressing sophisticated thoughts or emotions.
Animal communicators insist that animals commune telepathically with humans all the time. But so long as our cultural conditioning hampers us, we remain closed off from receiving their messages. If we want to understand our pets and other animals, we need to first examine and expand our belief systems enough to consider such communications possible. Then our own openness will allow the miracle to happen.
Many people who have experienced success with animal communication have reported receiving messages in a variety of ways. Some register physical sensations. Others receive “concepts” that they are then able to translate into words. Still others may hear things, or “just know” facts about particular animals without registering anything in a sensory way.
Tuning our minds to animals involves being open to an extent that many of us avoid in our daily lives. Our world often overloads us with stimuli – noise, speed, overcrowding. We learn to shut off or minimize much of this in order to function. If we want to understand the other creatures with which we share this planet then we have to give up some of this protective shielding and learn to trust our inner senses and perceptions again.
If we treat animals as aware, responsive and intelligent beings, they are more likely to want to communicate with us as well. They are quite conscious of our thoughts and feelings about them. They respond in their own distinctive ways.
So then the key to good animal communication (according to my dog Tucker) is a combination of believing in the possibility of it; opening ourselves – both mentally and emotionally – to the process, and having respect and loving regard for the animals we exchange our thoughts and feelings with.

READ  How To Properly Care For Your Cat